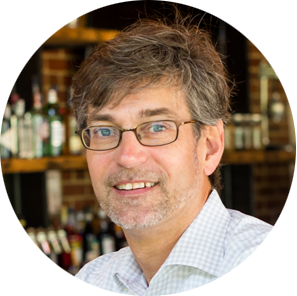 
Christopher Hastings is the Chef and co-owner of Hot and Hot Fish Club and Ovenbird Restaurant in Birmingham, Alabama. A native of Charlotte, North Carolina, Hastings is a graduate of the Johnson & Wales Culinary School in Providence, Rhode Island.

In 1989, Hastings moved to San Francisco where he worked with Bradley Ogden to open the Lark Creek Inn. In 1995 Hastings returned to the south and opened Hot and Hot Fish Club. The restaurant has earned a reputation for serving some of the finest, freshest dishes in the region. Chris released his first cookbook: The Hot and Hot Fish Club Cookbook, A Celebration of Food, Family and Traditions (Running Press, October 2009). In 2012, Chef Hastings was awarded “Best Chef in the South” by the James Beard Foundation. In the Fall of 2015, Chris opened the doors to his second restaurant, Ovenbird.